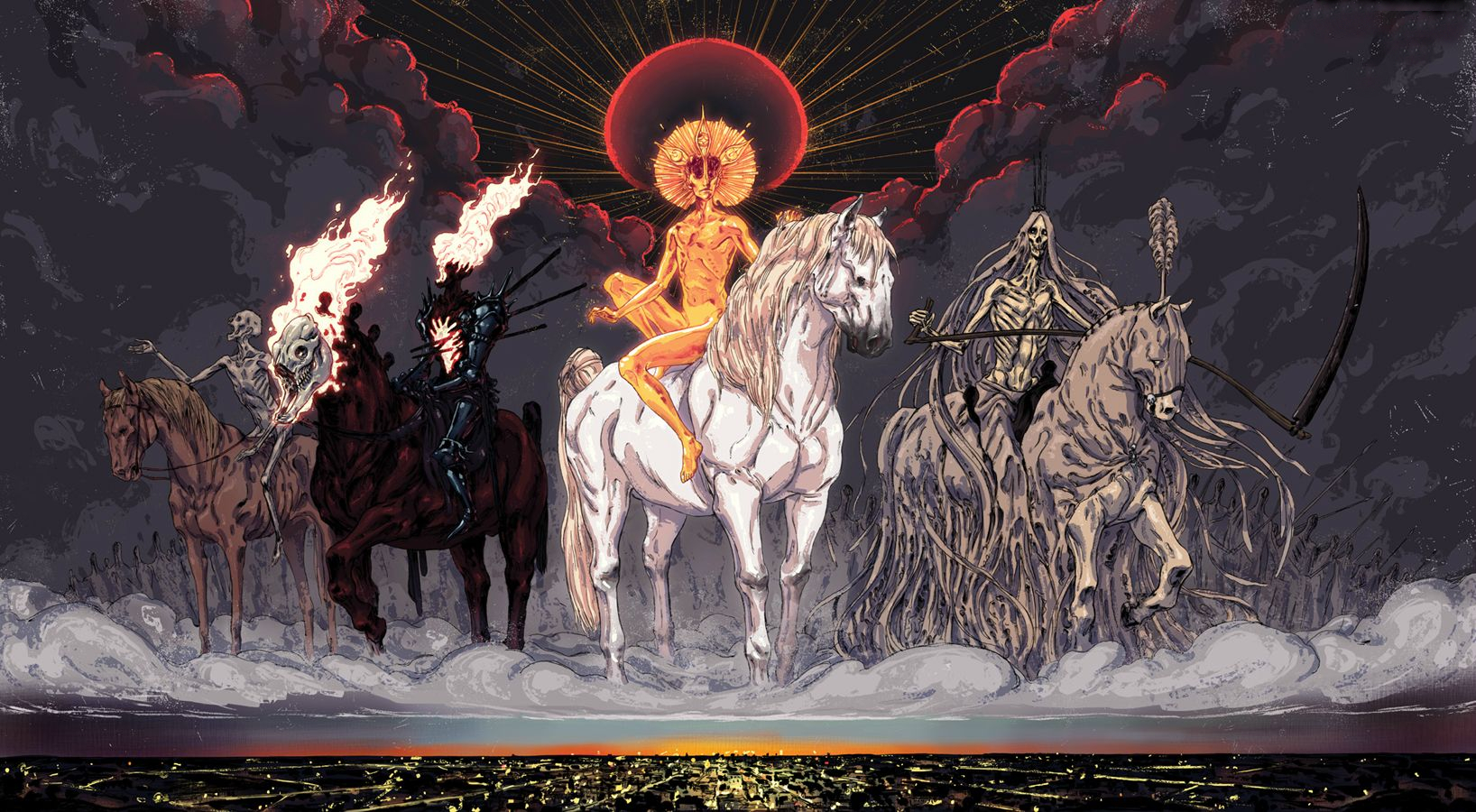 
But wild beasts of the desert shall lie there; and their houses shall be full of doleful creatures; and owls shall dwell there, and satyrs shall dance there.


For nation will rise against nation, and kingdom against kingdom, and there will be famines and earthquakes in various places.


And I looked, and behold, a pale horse! And its rider's name was Death, and Hades followed him. And they were given authority over a fourth of the earth, to kill with sword and with famine and with pestilence and by wild beasts of the earth.

Death, Famine, War, and Conquest are upon us, Look around, The trumpets will sound. Repent and accept the light or eternal damnation is inevitable.

To learn more HTML/CSS, check out these tutorials!